Run for Warriors partners with several external resources during Run for Warriors as a way to showcase what is available for our veterans who might be in need of assistance.  We care deeply for those who have served our nation and want to make sure everyone returning to the civilian life can heal and live a long and prosperous live without being held captive to post stress disorders. 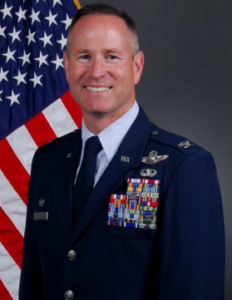 Colonel Williams received his commission in 1994 through the Air Force Reserve Officer Training program at the University of Nebraska-Lincoln before being assessed into the Nebraska Air National Guard. He has served in a variety of flying, staff, and command assignments including acting Director of KC-135 Training, Headquarters National Guard Bureau; Bilateral Affairs Officer to Czech Republic; and Deputy Chief of the Office of Defense Cooperation-Prague on behalf of European Command’s J5/8 Strategy and Policy directorate where he facilitated multinational cooperation, Foreign Military Sales, and the International Military Education & Training program. He served as Chief of Standards & Evaluations before being selected for squadron command. He has flown numerous homeland defense and domestic operation missions, and he has deployed in support of operations Joint Guard, Joint Forge, Allied Force, Southern Watch, Northern Watch, Enduring Freedom, Iraqi Freedom, and Freedom’s Sentinel. 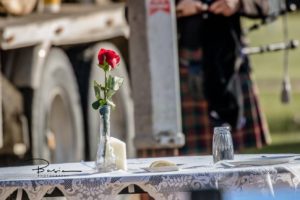 In addition to the presentation by Colonel Williams, the pre-race ceremony will include the presentation of our nation's colors with our country's anthem, playing of taps, and amazing grace on bagpipes.  The ceremony will also pay respect to the memory of our fallen battle heroes, those missing and imprisoned at anytime in our nation's proud history.   The table is symbolic of many traditions, which will be discussed during the ceremony.  The greatest of these is the empty chair to symbolize the soldier who didn't return home.